Following our recent cover feature on control room design, one reader took to the SOS forums to ask whether it is ever cost-effective for home studio owners to spend thousands on acoustic treatment. Why not simply buy a good pair of headphones, and cut the room out of the equation entirely? All other things being equal, there are plenty of reasons why good speakers in a good-sounding room are desirable. Long periods spent working on speakers are less fatiguing and less isolating than prolonged headphone use. And there are some crucial mix factors that are notoriously difficult to get right on headphones, such as vocal levels and reverb treatments. 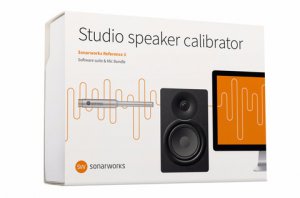 Following our recent cover feature on control room design, one reader took to the SOS forums to ask whether it is ever cost-effective for home studio owners to spend thousands on acoustic treatment.

Why not simply buy a good pair of headphones, and cut the room out of the equation entirely? All other things being equal, there are plenty of reasons why good speakers in a good-sounding room are desirable. Long periods spent working on speakers are less fatiguing and less isolating than prolonged headphone use. And there are some crucial mix factors that are notoriously difficult to get right on headphones, such as vocal levels and reverb treatments.

My own experience is that a mix that sounds good on speakers will nearly always translate well to headphone listening, but that the reverse is not a given by any means! Even when I know this is the case, I find it undermines my confidence in making decisions about the bottom end, and in evaluating potential mix problems such as excessive sibilance or cymbal wash.

The Works This is where Latvian start-up Sonarworks come into the frame. There are two ways of obtaining the relevant calibration file. Where Sonarworks have been able to measure a sufficient number of pairs of the same headphone model, they have created generic calibration files that record the average deviation for that model. So, if you own one of the models on this list, you can simply buy the plug-in, download the relevant averaged calibration file, and set to work.

The other option is to have a calibration curve specially created for an individual pair of headphones. Making Corrections The central area of the plug-in is a graphical plot of amplitude against frequency, which can be used to display a number of different curves.

The EQ display is flanked by detailed input and output level meters, with an output level attenuator. This can be set to adjust itself automatically, taking into account the settings of the other parameters, so as to avoid clipping. If you hit the large blue power button at lower right rather than bypassing the plug-in within your DAW, the level adjustment is retained, so you can properly compare its corrected and uncorrected output.

Beneath the EQ display are various controls that allow you to specify what sort of target response you want to work to, and how it should be arrived at.

The options are divided into two pages labelled Calibrate and Simulate, though the distinction seems fairly arbitrary. At the time of writing, there are only six of these: The most important control here is a three-position slider that sets a trade-off between phase response and latency. In the default Min position, the plug-in imposes minimal latency about 1. At the opposite extreme, the plug-in operates in linear-phase mode throughout, but incurs latency of The middle position represents a compromise where, presumably, linear-phase processing is used for the mid and high frequencies, and a small amount of phase shift is accepted below Hz or so.

In this mode, latency is about The other controls in the Advanced section relate to the possibility of damaging your loudspeakers by trying too hard to correct things, and as such, are inactive in headphone mode. Interestingly, too, significant differences were visible between the responses of the left and right earcups. I assumed that this was down to random manufacturing variations, but was surprised to see that similar differences were present in the averaged response for this model.

Sonarworks say the consistent asymmetry is almost certainly down to the presence of a cable entry on the left cup. In their raw state, these headphones are at best marginal as a monitor system for making mix decisions. With Sonarworks equalisation applied, they are a different animal altogether. When you switch off the calibration, elements such as the hi-hat leap to the front of the mix, and other things are masked almost completely.

With some material, the correction also makes a noticeable improvement to the stability of the stereo image. With that in mind, I was intrigued to see whether the Simulation aspect of the Sonarworks Reference plug-in could fulfil the same role. The Simulation options allow you to emulate the frequency response of a small range of systems, including the classic Yamaha NS10 loudspeaker.

But considered as an aid to better mixing, what this system does is actually more fundamental — and, arguably, even more useful. What the Sonarworks system does, by contrast, is give you a level playing field from which to make those mix decisions in the first place. In use, I found I rarely bothered to engage any of the speaker or headphone emulations: Highly recommended.

The Famous Flower Of Sound Servers There are some potential problems associated with using Sonarworks Reference as a plug-in within your DAW, most importantly the risk of accidentally leaving it active across the master bus when you bounce down a mix.

Another friendly message reminds you to audition your reference tracks through the Sonarworks plug-in for comparison. However, unless your reference tracks are actually loaded into the DAW session, this is easier said than done, as not many general-purpose media player applications support Audio Units or VST plug-ins. Pros Makes a huge difference to the usability of relatively cheap headphones such as the Sony MDRs.

Very configurable, and includes the option to emulate various other headphones and speakers. Cons Needs care to avoid bouncing mixes with headphone calibration burned in, and to make it possible to audition sources from outside your DAW. Summary The Sonarworks Reference plug-in makes a difference that is out of all proportion to its modest price, and is capable of turning an unremarkable pair of headphones into a serious mix tool.

Extraneous interference e. Steps such as using more transparent gear, learning the various biases of our existing equipment and account for them, acoustic treatment and extensively testing final mixes under a variety of conditions. It does this by taking numerous measurements around the mix position with a calibrated measurement microphone, then generating a preset for their plugin that makes EQ, delay and level adjustments in an attempt to calibrate your system to either a flat, emulated or desired response curve. Sonarworks were kind enough to send DesigningSound a copy of Reference 3 and their calibrated microphone to review. Other reviews have been broadly positive so I was excited to give it a go and see how it could help improve the sound of my home studio space.

3)В В В  Run it and enter any key given above and details it requests to get the Windows 10 Registered. 4)В В В  Finally, this program will provide us with a Windows 10 Home Premium with full features. Windows 10 might ask to be activated again.