That means a lot more people are being tempted to take the Fruity route. Read part 1 here. We recently reviewed the latest version 20 of FL Studio and started this series of tutorials especially for newcomers to the software. We are assuming that you have used other DAWs before although that is not essential so the idea of these tutorials is to show you how FL Studio may do things differently — but still simply — compared to ways you might be used to in other DAWs. 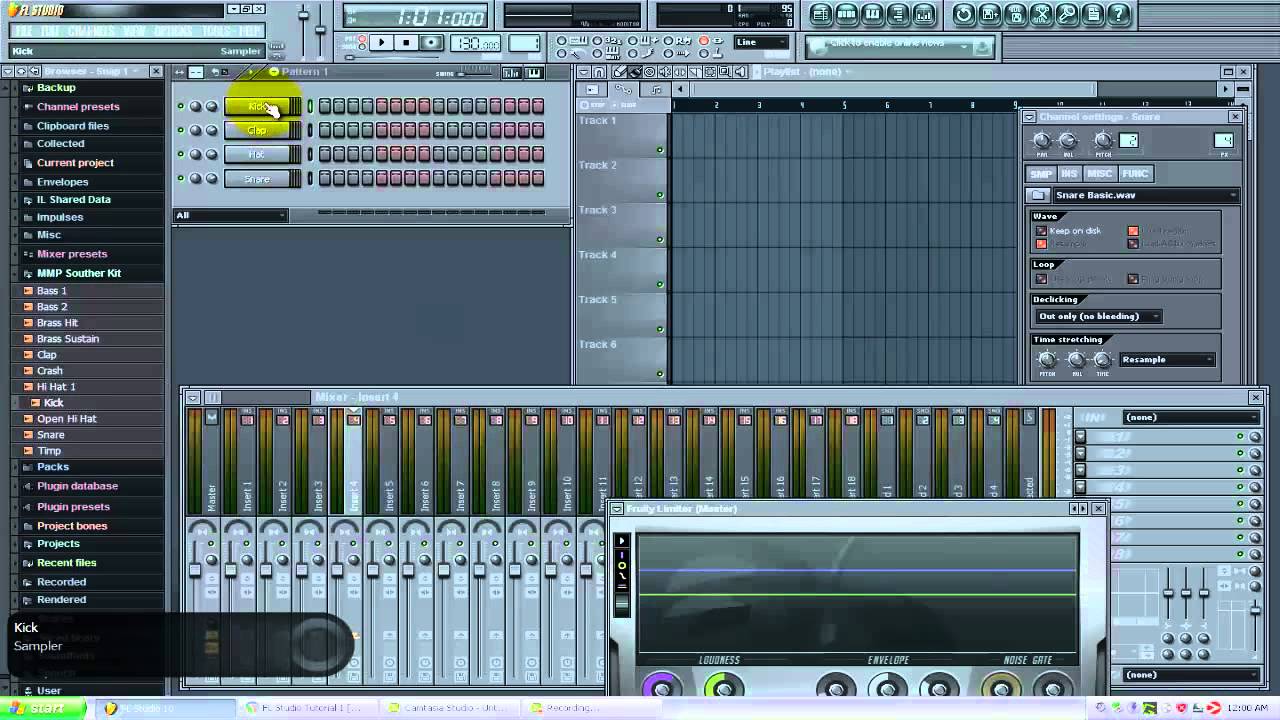 Working with Patterns in FL Studio 20

FL Studio is a two-decade old piece of software that also seems to have won the hearts and minds of much of the music production community, especially Stateside. However, like all DAWs, it has become something of a production powerhouse over the years, yet tried to keep that simplistic ethos that won it so many fans at the start. Well, the company is celebrating 20 years of the software and that policy I mentioned is its lifetime of free updates, which means just what it says. If you were one of those lucky punters who opted for version 1.

With the moniker focussing so much on the history, perhaps this is an appropriate point to look back at how the software has developed in those 20 years.

Do I really need this? The chances are you already have a DAW or a hardware sequencer with which you make music. If not, then you definitely need a sequencer of this power, and even if you do own one, FL Studio is a great option to consider. Like Reason, you can use the software as a kind of DAW within a DAW, and its fast beat and melody sequencing could tempt you to do just that so you could consider it almost as an instrument in its own right.

However, it is now easily powerful enough to be considered as the one and only DAW of choice and many producers are using it as that. A fruity history That first version was a simple four-track drum machine developed by Didier Dambrin for the Belgian company Image-Line who had previously released an adult version of Tetris called Porntris, I might add.

Version 1 was a simple MIDI affair based around a TR-or Rebirth-style step programming interface, but it quickly developed to handle melodic sequencing and audio via a sample-based drum machine. Its simple interface brought it a huge number of fans, especially in the States where it was adopted by high-profile producers in the hip hop community thanks to its beat programming prowess.

The speed at which the software developed was something to behold, with VST and Direct X support added by the end of the 90s and then a suite of dedicated Fruity plug-ins and the BeatSlicer engine thrown in by the turn of the century. At version 4. As the software developed through the noughties, it was all about integration with the outside world — with hardware controllers, audio formats and the like — and more plug-ins by both Image-Line and third parties.

FL Studio was becoming the serious DAW that we know today with the addition of features like Elastique time-stretching, pitch-shifting in audio tracks and Pitcher correction and harmonization that came at the end of the decade. The more recent versions up to v12 added multi-touch and bit plug-in support among many other advancements, and that pretty much brings us to the present day with two editions available: Fruity and Producer plus two more titles, Signature and All Plug-ins, which are Producer with added content and plug-ins.

The big news is that FL Studio 20 brings with it a native bit Mac version of the software. You can swap files between the Mac and PC versions and one license will unlock both. It installed with ease and so far has been a dream to use — no crashes, hangs or anything; it seems to be as slick and solid as the PC version and loaded our existing Mac plug-ins without any issues. Among the other new features, FL Studio 20 now supports multiple time signatures so you can set different ones within arrangements on what FL calls the Playlist , or sequences within the FL Channel Rack that is used to produce Clips that make up the song.

You can do this per track; choose a selection of clips within a song, or render and then replace Patterns within a track. FL Studio 20 has some great ways to manage Arrangements, that is the song in a Playlist, so you can easily create multiple versions for remixing, for example. The Playlist area also has more features including hiding groups of tracks to help keep it all a bit tidier. This is especially useful as that track count has been increased from to a whopping Three updates to effect plug-ins in FLS 20 1.

Fruity Reverb 2 This was already a pretty classy reverb but now includes a modulation section to add some of that classic metallic ring modulation to your sound. Because the track count has been upped so significantly, the new version also includes a Mini View of the song which you can set at single or double height to get an easier overview.

Another feature is the return of the Step Sequencer Graph which lets you draw in certain parameters like velocity and pan on a graphical screen within a Channel Rack sequence making edits very easy. Another that was dropped and makes a return, by popular demand, is the Precomputed effect. These are a group of effects within the sampler channel which allow you to add ring modulation, EQ and distortion effects to your samples directly within the sequencer, giving you greater real-time control at the time when you need it.

Finally the mixer gets a few updates, — the plug-in delay compensation works better with effects — and the Toolbar now has greater customisation. Image-Line FL Studio 20 overview 1. Channel racks The standout FL Studio sequencing area where loops and ideas come together before assembling into songs.

Playlist The area where you assemble your song arrangement using Patterns created in the Channel Racks and then pasted here. Automation can then be added later. Mixer The mixer in FL Studio is another highlight and completely customisable in terms of its size, channel width and number of controls on display.

A piano roll editor allows you to record complete melodies with the many instruments in the software. The instruments and effects add up to over 80 instrument plug-ins in FL Studio 20 Producer and there are more than enough effects to carry out most tasks, although I was disappointed that great synths like Toxic Biohazard and Harmor open in demo mode as they only feature properly in the All Plug-ins version of the software.

Other stand-out features within the FL Studio world include the mixer which is very easy to combine with the Playlist and assign and reassign tracks to if necessary. The Browser too is another FL favourite. You are just one very shallow learning curve away from great sounding tunes and easy arrangements. Three synths from FL Studio 20 1. The best bit though is that Mac owners can now taste the joys of FL Studio and I would urge you to give it a go. The end results are the same, though, with great big beats, lots of synths and music you can make very easily being the order of the day.

Both have versions for Mac desktop and iOS too and lots of synths.

Singomakers are happy to present this brilliant collection of FL Studio Track Templates. 6 ready to go, royalty free FULL tracks in genres of Trap, Drum & Bass . FL Studio Track Reference Tutorial – A tutorial on how to compare your track with a professional track for reference in FL Studio. time possible. Note: We will be using the FL Studio 20 Producer Edition for this guide. . You can place these in any track, which is the beauty of FL Studio.

FL Studio is a two-decade old piece of software that also seems to have won the hearts and minds of much of the music production community, especially Stateside. However, like all DAWs, it has become something of a production powerhouse over the years, yet tried to keep that simplistic ethos that won it so many fans at the start. Well, the company is celebrating 20 years of the software and that policy I mentioned is its lifetime of free updates, which means just what it says. If you were one of those lucky punters who opted for version 1. With the moniker focussing so much on the history, perhaps this is an appropriate point to look back at how the software has developed in those 20 years.

Make your studio sessions more fruitful with these indispensable pearls of wisdom Shares FL Studio has a strong and vocal fanbase – one that propelled it to another victory in our vote to find the best DAW in the world last year. The software may be easy to pick up if you’re a music production novice, but there are plenty of power features on offer, too.

This tutorial shows you how to group different channels to a single mixer channel in FL Studio. This is also called grouping, routing or creating a. FL Studio 20 will work on Mac OS and newer versions. While FL Studio 12 supported up to playlist tracks, you can now use up to. FL Studio Track Reference Tutorial – A tutorial on how to compare your track with a professional track for reference in FL Studio.